You are here: Home / Solar Fund 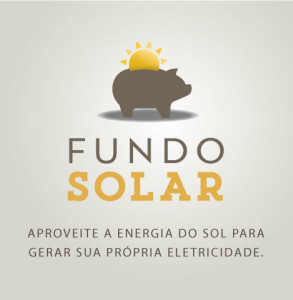 Since 2012, anyone in Brazil can generate their own electricity from alternative energy sources (including solar), connect your system to the distribution network and thereby reduce its long-term electricity bill. With so much sun in Brazil and areas available on our roofs, photovoltaic generation has great potential, but the cost can still be a barrier for many consumers.

Solar Fund, an initiative of IDEAL in partnership with the Grüner Strom Label eV (GSL) and with the support of the German Cooperation for Sustainable Development through the Deutsche Gesellschaft für Internationale Zusammenarbeit (GIZ) GmbH, was created with the aim of improving Normative Resolution 482, published by the National Electric Energy Agency (ANEEL) in 2012. to achieve this, was granted financial support for residential consumers and entrepreneurs in the installation of photovoltaic microgenerators with a power of up to 5 kW.

By monitoring the network connection process the consumers embraced by financial support, the partner institutions in the project were able to make recommendations to ANEEL to simplify the procedures. The main impact was to suggest the removal of the requirement for a Readily Acessible Disconnection Device (DSV in Portuguese) (Order 720/2014) for microgeneration. The agency found that the drives are already enough to ensure the safety of the connection of photovoltaic microgenerators the network. In addition, in 2015, contributions were made to the public hearing to review the REN 482/12 based on the experiences of the Solar Fund.

Developed in two phases (2013/2014 and 2015/2016), the project supported the installation of 43 photovoltaic microgenerators in 12 states. PV systems totalled approximately 130 kWp power with an estimated generation of 199 MWh per year in all states. In total, Instituto Ideal received R $ 138,000 from GSL to implement the project.

Map of PV Installations financed by the Solar Fund