You are here: Home / More about us…

Transforming Latin America into the continent of solar energy is the main goal of the América do Sol Program, an initiative of the Institute for the Development of Alternative Energies in Latin America (IDEAL) with support from the German Cooperation for Sustainable Development, through the Deutsche Gesellschaft für Internationale Zusammenarbeit (GIZ) GmbH and the German KfW development bank, and the PV Group of the Federal University of Santa Catarina (UFSC).

The actions of the América do Sol Program, started in 2010, involving the dissemination of information through educational materials and promotional events, among other means; in discussions stimulus to create general conditions that include solar energy and encouraging the use of initiatives of photovoltaic (PV) integrated into the buildings, through the projects Stadiums Solar and Solar Roofs.

In 2010, it launched the online knowledge portal – www.americadosol.org – followed by other free dissemination tools such as print and digital booklets (2011 and 2013) and a video animation (2011).

The program also included support for technical studies for private companies and governments, such as technical feasibility to all stages of the World Cup 2014 and the participation in the public consultation of the National Electric Energy Agency (ANEEL) for the creation of the System Energy compensation ( net metering ), which culminated in the publication of the rules Resolution 482/2012.

The Solar Simulator, launched in 2013, is an innovative online tool resulting from the program. It allows any consumer to calculate a PV system connected to the network to meet the energy demand of a building, whether home or business (www.americadosol.org/simulador). The simulator, the user can also access an online registry of companies that operate in the Brazilian market (https://www.americadosol.org/fornecedores/), which already has more than 900 entries.

Two other important initiatives within the framework of the program were the creations of the Solar Seal and Solar Fund. The first is a certification granted to companies, public and private institutions and owners of buildings that consume a minimum annual amount of electricity coming from solar source, launched in partnership with the Chamber of Electric Energy Commercialization (CCEE). The second is the result of a partnership with the German Grüner Strom Label (GSL), which offers financial support to install microgenerators PV with a capacity of up to 5 kW. Also part of the “America of the Sun”, the project 50 roofs, run in 25 Brazilian cities by companies in the PV industry who were responsible for the installation of at least 50 PV roof (or 100 kWp power) in each municipality until the end of 2015.

The activities of the program also include general guidance on the use of PV generation with telephone service, digital or participation in events. In 2014, the program received the Energy Globe Award Brazil, Austrian award for projects in the renewable energy delivered in 165 countries (www.energyglobe.info), and a partnership was signed with the Organization of Latin American Energy (OLADE).

With such actions, the Ideal Institute and its partners hope to contribute to that in the near future, the solar PV grid connected power is widely known and used in Brazil and and throughout Latin America.

The Institute for Alternative Energy Development in Latin America (IDEAL) is a nonprofit organization created in 2007 with the purpose of promoting renewable energy with governments, parliaments, academia and industry, enabling the creation of a political integration and regional development that includes alternative energy sources in the energy matrix of Latin American countries. The executive board consists of: Mauro Passos (chairman) and teachers Ricardo Rüther and John Tavares Pinho.

Since its creation, the Instituto Ideal has participated and conducted events related to the subject, and has held a number of partnerships in order to achieve its goal. Among the main ones are: partnership with Deutsche Gesellschaft für Internationale Zusammenarbeit (GIZ), KfW, the Mercosur Parliament, Formación Center for la Regional Integration (CEFIR), Organización Latinoamericana de Energía (OLADE), Photovoltaic Group UFSC and the Regional Workshop Science for Latin America and the Caribbean of UNESCO.

Proven knowledge on the regions in which it operates, great expertise and extensive practical experience in management are the essence of the services offered by the Deutsche Gesellschaft für Internationale Zusammenarbeit (GIZ) GmbH. In the German federal government enterprise status, the GIZ offers its customers efficient solutions to achieve their goals in international cooperation for sustainable development.

The GIZ takes into account the political, economic, social and environmental aspects to provide their services for sustainable development ensuring they are oriented according to demand, tailored and effective. The GTZ works holistically and based on solid values to make changes along with its partners, which supports the local, regional, national and international levels in solving strategic problems and achieving their political objectives.

Inspiration bank of the Federal Republic of Germany, KfW has the German Federation and the German states as partners. With nearly 60 offices around the world, in Brazil, KfW operates under the Brazil-Germany Cooperation Officer, since 2007, has renewable energy and energy efficiency as one of the approaches. KfW supports partners in developing and implementing programs with long-term financing at subsidized rates. Currently, the global climate protection is one of the main operational focus of the bank, which paid out nearly 20 billion euros in projects to combat climate change in Germany and abroad in 2009, making it the largest investor bank in this area in world. 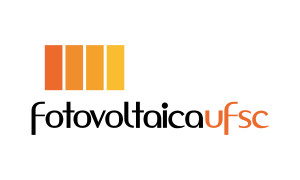 Press
If you are a journalist and need help on any story about solar photovoltaic energy, get in touch with our communication officer – Andressa Braun:
E: [email protected]
T: 48 3234-1757
You can access our press release by clicking here.
References