Advantages and Costs of Solar Energy

You are here: Home / Advantages and Costs of Solar Energy 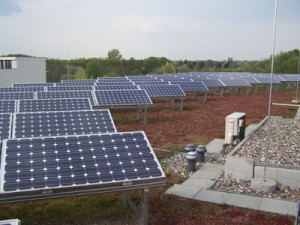 PV System conected to the grid on rooftop, in Germany. Image: Paula Scheidt

Photovoltaic plants integrated with urban and connected to the grid buildings offer many advantages for the electrical system of a country, many of them are associated with cost reduction and have not yet been considered or quantified. They include:

How much does photovoltaic solar energy cost? 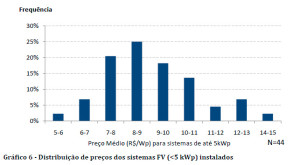 When installing a photovoltaic system connected to home grids, you’ll save on your electric bill in the first month of operation. Savings will depend on the power of the installed PV system. You no longer need to worry about the electricity rate increases for at least 25 years, which is the time warranty provided by most PV module manufacturers.

In 2014, the average price charged for installers in Brazil was R $ 8.69 per Watt peak (Wp) installed, according to an annual study by the Instituto Ideal called “Annual Report 2015 – the Brazilian market of distributed solar PV generation”. This means that to meet the energy demand of your home you need two kilowatt peak (2kWp), you will have to invest, on average, US $ 17,380.

However, the class is talking to different companies, because the price change in the country is still great. For systems up to 5 kWp, the amounts raised by IDEAL in the survey ranged from R $ 5.9 / Wp R $ 15 / Wp. However, the higher frequency was found between R $ 8 / Wp and R $ 9 / Wp.

Despite a fall in the estimates made in recent years, it is still higher than in other countries. “Compared to international figures, the price in Brazil is still high, especially in comparison to Germany. For systems up to 100 kWp, for example, is paid in Brazil about 76% more than in this country, “says the study.